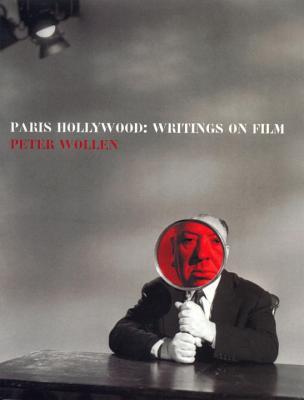 Peter Wollen’s eclecticism as a writer and thinker always surprised me as I came to know him from 1989-97 at UCLA. His trajectory as a critic, screenwriter, director, and theorist was integral to my own understanding of film studies for which Signs and Meanings in the Cinema (1969) remains foundational. The arguments in this book are still alive, and his background demonstrated how an approach to film as a popular art form could be understood through art, aesthetics, and the avant-garde. It was fortuitous when Peter was hired at UCLA in 1988. There was a renewal of the arts and humanities at UCLA, and postcolonial criticism was taking root along with the arrival of several European and South Asian critics, artists, and historians not only at UCLA but more generally in the US. Many of them were part of Peter’s extended orbit, and would give lectures on campus, or taught in the department for the year as was the case with Geoffrey Nowell-Smith. Peter’s presence provided a crucial link to the first generation of cinema studies and cultural studies academics visiting California and beyond, a situation lampooned in David Lodge’s Small World among other novels.  An expanded context continued to emerge that changed the outlook of a whole generation of students of the period, including myself. Most significantly, his work and teaching informed an understanding of cinema as a context for cultural, literary, and psychoanalytic approaches. Popular Hollywood film could be understood as part of a continuum with European cinema and avant-garde experimentation. The auteurs appearing in Signs and Meanings in the Cinema were part of the legacy of Los Angeles and the three-part Lacanian clover-leaf knot via the Cahiers critics, British film culture, and the Los Angeles filmmaking/academic community was made complete. Though Peter’s approach to writing and analytic thinking was distinct from the more modular context for film studies as a field at UW-Madison, University Iowa, and the University of Southern California, his writing and thinking was frequently part of a mutually enriching dialogue. The publication of his later essays increasingly took the form artistic assemblages. They are jewel-like in their thematization of concepts, detailed in their narrative depictions, and engaging through its illuminating arguments as in the essays included in Raiding the Icebox (1993) and Paris Hollywood (2002). His work as a writer and teacher still inform how I approach the stakes of art, cinema, and media criticism.

Peter was on my dissertation committee at UCLA.  When I announced I was writing on film and the Holocaust, it became clear that the Holocaust was one of the many subjects about which it turned out he had thought deeply and had a great deal of knowledge.  (How many such subjects were there that one would never have discovered if one hadn't invited him to serve on a dissertation committee about them?)  When I asked him to serve on my committee, he looked at me with that mild, thoughtful expression of his and said, "Well, if you're going to write on the Holocaust, you'd better do a good job."  Of course I never forgot that terrifying statement, so when I finished the dissertation, I reminded him of it and asked whether I had indeed done a good job.  Again he fixed me with that mild, thoughtful expression, having probably forgotten that he'd said it so very many years before -- and assured me that I had.  What a relief that was.