Facebook asks us to share and store our living memory in a virtual plane, so what I find myself wondering is, "what happens to those memories if they are not recorded as everyone else's?"  To discover the answer to this question, I've decided to take myself completely out of the equation and remove myself from Facebook. Five years of my life has been put on pause and temporarily erased. What lead me to take this leap was the feeling that Facebook is a distraction from life, taking from the physical world and giving to the virtual. This shift in power was never experienced by prior generations, so we are faced with the unprecedented challenge of incorporating the social networking site into daily life while not allowing it to take over.

I figured my life would change, but I didn't realize the full extent until months down the road.

I have looked into the eyes of multiple dates as I told them I have deactivated my Facebook account for an indefinite amount of time and observed the initial fear that follows my statement.  New media and my generation can be likened to a parasite and its host.  We are unable to survive without the other and yearn for greater technology and more fans or followers. Facebook has integrated itself into college life at even the most minuscule levels. Invitations to events and parties have almost completely moved to the digital realm. Word of mouth has become limited as students assume anyone who should attend an event already knows about it and has plans on attending.  Why talk about something that doesn’t need to be mentioned?  Time is precious to any college student and Facebook allows time to speed up considerably.  Why go on three dates with a person before finding out that they have irreconcilable differences in music taste or that he has a secret boyfriend that he never mentions?  Instead, today’s youth “Facebook stalk” someone and discover general information about the person that might not be revealed until much time passes.  But is the Facebook version of a person an adequate representation of the actual human being?  If I wanted to go online and tell the world that my favorite band is The Beatles and that my favorite activity is hiking, there is no reason to doubt my submission unless you know me prior.  But a concern about truthfulness is usually overlooked for the sake of time.  We trust Facebook to do the regular work of getting to know someone in a way we never would in a bar or at a party. 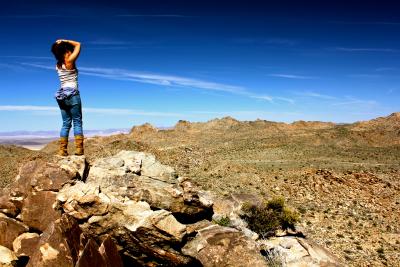 When I first deactivated my account, I was met with several attempts by Facebook to get me to stay on board, showing me pictures of who the social networking site believed to be close enough to me to be able to guilt me into staying.  What Facebook doesn’t know about me is that when I want something, I will break my arm if that means achieving my goal.  I was leaving and there was nothing they could do to stop me.  My initial feeling was excitement and freedom.  I had done it!  The next couple days felt like a withdrawal I had only seen in movies.  I was addicted to Facebook and without it I was lost.  My days felt empty and my fingers kept instinctually moving to the “F” on my keyboard.  These symptoms lessened and within three weeks, it was normal to me that I didn’t have Facebook.  As far as I was concerned, I was never going back.

Life undeniably moves slower without Facebook, but I don’t view that as a negative fact. There are times when I would like to “Facebook stalk” someone before risking my emotions, but I keep telling myself that my parents did fine and they didn’t even have cell phones when they met.  Maybe I was born in the wrong generation, but I think this is the way it was meant to be.  Life isn’t meant to be easily controlled.  You can’t pause, rewind, search or fast-forward life.