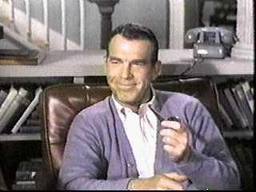 You can spend weeks wandering the vast mediascape and not see a sea of middle-aged, middle-American whiteness like a Tea Party rally.  Over the past fifty years, partly out of political concern, partly out of some desire to accurately represent the changing face of America, but mostly in an attempt to reach as broad an audience as possible, the culture industry has largely rejected such bland homogeneity. The starring roles in most hit dramas still go to the straight white guy and girl, but the show would seem incomplete without a couple co-stars of a different color. And while whites still dominate positions of factual authority in the mass media, every local newscast has their “other” anchor.  It’s been a long journey from the novelty of Nat King Cole in the mid 1950s to the routinized multi-hued casting of  a show like today’s Survivor, but what the American audience watches, and thus how they see their world and imagine its possibilities, has been irrevocably altered. “Difference” is no longer different, and diversity, albeit in its most banal form, is what Americans have come to expect. Beneath this ethereal media rainbow there used to be places were one might reliably find jowly white guys playing prominent roles, one of them being the nation’s capital. Then came the Obama not-so-White House.

“Take our country back!” is a cry you’ll hear at a Tea Party protest. Back. Back to a time when white people were firmly in power and those of other ethnicities knew their place.  But also back to an imaginary America that was almost entirely white as well. Back to Leave it to Beaver, My Three Sons, and The Waltons. But Fred MacMurray no longer has cultural currency; today’s media fantasies are in living color. Tea Party rallies – the costumes, the outrage, the provocative rhetoric -- are so theatrical because they are theatre: a way for a dying strain of white people to represent themselves in a mediated world that no longer recognizes them.