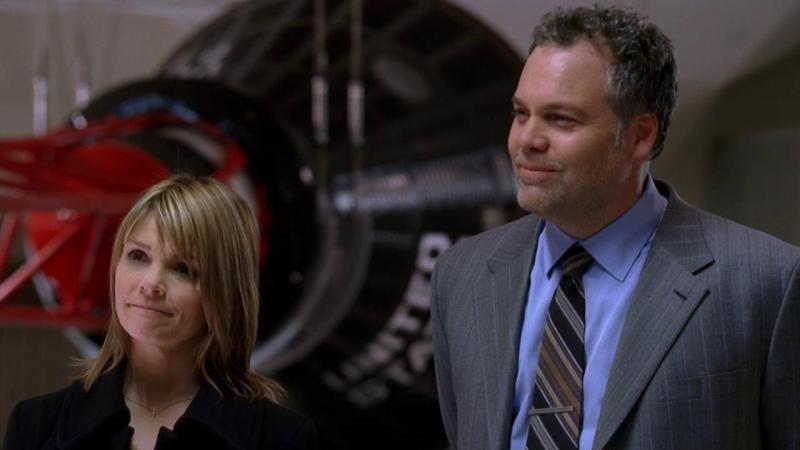 An astronaut is built for speed? Witness Law And Order: Criminal Intent’s rapid remediation of the case of Lisa Nowak, the astronaut who drove from Houston to Orlando allegedly to kidnap a colleague she believed responsible for interference in her romantic life. It took less than three months from Nowak’s apprehension for this episode, “Rocket Man,” to air. Of particular interest to the event’s reporters was Nowak’s “speed kit,” astronaut diapers that obviated the need to pace her journey with restroom stops, and they make a signature appearance in the episode. This translation of an aeronautical garment as criminal artefact metaphorises the question of speed and remediation that lie at the heart of “ripped from the headlines” televisual drama. Everywhere the show I’ve excerpted meditates, albeit at “fever pitch,” the operative elements of “ripped” storylines, which are “prompt” in two ways: both prompted by, and prompt in response to the news of the day, a condition Walter Benjamin invoked as an appropriate one for the texts that detail modernity. Not inappropriately, then, the astronaut, a figure, really, from an earlier age, represents the anachronism as untimely urgency, just as the car, in both scenes, offers a capsule whose movements are at best continental, not intergalactic, and in whose interiors are stored the means and motives for crime to be committed in haste. Schedules are fragile, plots come unstuck, mimesis returns as meta-texual commentary: “Houston, we have a problem.”