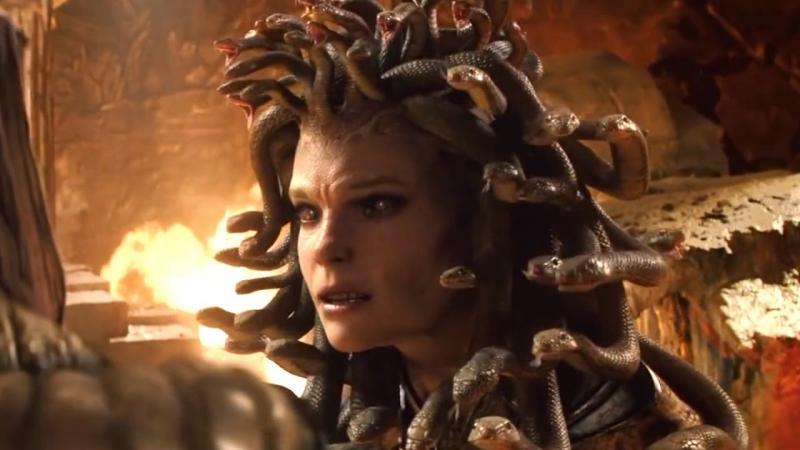 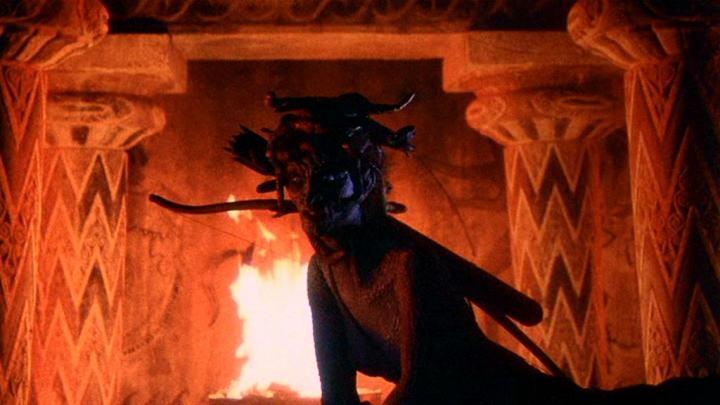 There is no place for the old and new to co-exist; “ the era of simulation is inaugurated by the liquidation of all referentials. It is no longer a question of imitation, of duplication, nor even parody.  It is a question of substituting the signs of the real for the real.”[1]

In much of my research concerning remakes and reboots I have coined the term "Millennial Remake," as such a huge concentration of remakes occurred at the turn of the Millennium, remakes of films especially from the 70s and 80s and that are in no way intended to be an homage of the original, but in fact postmodern pastiche.

They are the “random cannibalization of all the styles of the past…transformed into sheer images of itself and for pseudo events and ‘spectacles’” it is “the ‘simulacrum’ the identical copy for which the original never existed.”[2]

For the sake of a limited space for this discussion, I will focus this post on the comparison of the Medusa scene from 1981's Clash of the Titans to its 2010 remake.

Certainly the myth of Perseus has been retold in many permutations through the centuries, but the 2010 film is a remake of the 1981 film as if it needed amending...indeed the word "reboot" implies there is something wrong with a computer and needs to be started over. The remake is not interested in retelling the myth of Perseus, but rather acts as the “simulacrum” that “can now be expected to have a momentous effect on what used to be historical time."  Upon examining Joseph Campbell's "Hero's Journey", the remake strays far from the development of a hero...the new Perseus is never vulnerable nor has any self-discovery...he is a "bad ass" from start to finish. The “hyper-real” acting style of the remake is similar to other action films so popular today; in between heavy CGI effects, it is formulaic: Actor one- (vapid) line, Actor two -line, actor one- “bad ass” one-liner.   Indeed, before Perseus and his team head into the lair of Medusa, he pauses to say, “Let’s go get the bitch!”[3] In the original film, the Greeks had almost an awe and pity for Medusa, we first see her pathetically crawl in on her arms and snake torso.  She is a vision of disfigurement, a curse from the gods. One almost feels pity for the poor soul. Perseus hides behind the pillars of her lair as she slowly crawls towards him, the camera cuts back and forth heightening the suspense, then intermittently we hear the chillingly infamous rattle of her snake tail. Ray Harryhausen’s magnificent stop motion creation has captured the imagination of an entire generation. A digital image does not really exist tangibly and like postmodernism, has no referent or tactility.  In the 2010 film, the action is so rapid (like the rest of the film), the audience does not and cannot feel suspense rather than the sustained feeling of anxiety synonymous with shaky handheld camera and lightning speed editing. Medusa, when you can see her, is actually attractive and only when she is about to turn to someone into stone looks menacing. She is also rapidly moving; she flies through the air after the men, crashing pillars and laughing all the while; for being a poor cursed soul, she really seems to be having fun.

I believe the barrage of remakes and reboots is a significant facet of postmodern culture and I invite the forum to discuss the purpose of "simulating" pieces of art or culture that are iconic or significant in their own right, especially when they are released with having such a symbiotic relationship to the zeitgeist. If it "ain't broke....why do we try to fix it?

[2] Jameson, Postmodernism or the Cultural Logic of Late Capitalism, p.18.