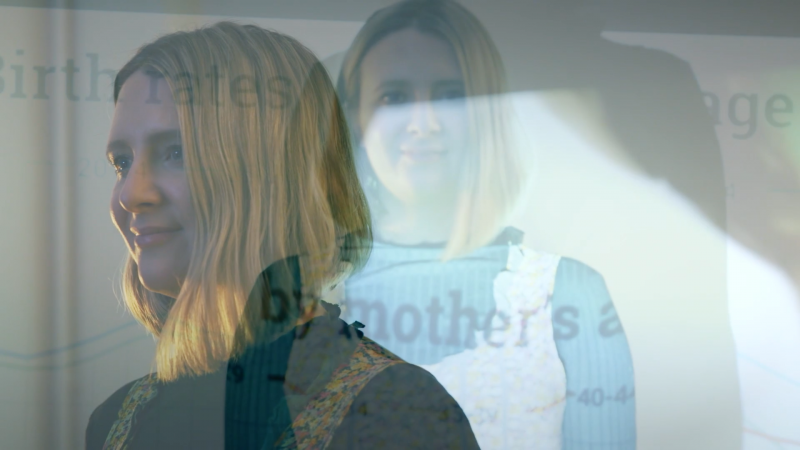 ‘(In)Fertility, the Media & Me’ is a short documentary, co-produced by film-makers Claire Levy and Dr Ruth Farrar , in collaboration with Dr Rebecca Feasey, growing out of Feasey’s monograph, ‘Infertility and Non-Traditional Family Building’ (2019). The documentary is rooted in research into practice-based research (Sullivan, 2009; Mcnamara, 2011), exploring the question of how documentary-making can reveal new ways to engage with academic themes, in this case representations of (in)fertility in the media.

The participatory multi-media methods employed in the making of the documentary offer new ways of opening up the research process, aiming to counter the inevitable compression necessitated in academic writing. The work evidences participants’ changed perceptions of how (in)fertility is represented in the media, incorporating participant video diaries and filmed audience feedback as part of the creative research process. While filming, we sought to diffuse the role of the researcher in the production of knowledge (see Pacini-Ketchabaw et al., 2016). A key finding from the research was that our participatory focus-group method worked to subvert the traditional question and answer format, which tends to privilege the researcher over the participants (Jackson, 2015), and instead create a research environment based on reciprocal learning between researcher and participant (Freire, 1996).

This participant-led process also included – and was disseminated through – test screenings at the Fertility Fest in 2018, an (in)fertility arts festival based in London. Attendees came from a range of backgrounds, including artistic and healthcare. Audiences in attendance suggested that the film offered the potential to educate a patient population, and shared common experiences which instigated further offers amongst attendees to share their own reflection in a future film production. Feedback from the film participants highlighted how the statistics undermined the current perception in the media on IVF treatment outcomes.