When taking live events online, Zoom and related video conferencing apps are usually discussed in terms of how they can approximate—but never replace—pre-pandemic social gatherings. We hear about the fatigue that is building as we meet our peers day after day in grids of virtual squares. We muse about a supposedly impending future when we will be able to meet in person again. New opportunities for encounter, however, tend to be overlooked or understated.

A good example from my glocal Austin context would be the Indie Meme Film Festival, which just brought its annual fest online for the second spring in a row. Indie Meme has been organizing Q&As with South Asian filmmakers that would not have been possible pre-pandemic. While virtual Q&As within theater spaces were common in the past, such a peripheral use of video conferencing technology highlighted the distance of the speaker from the event itself. There is a democratic nature to "Zoom space" that affords new levels of interactivity and engagement. Speakers and audience confront one another from the same position, no matter where they are in the world.

Indie Meme’s use of the Filmocracy platform for their second virtual festival this year meant a bit more separation between speaker and audience than last year’s use of Zoom, however this distance came with new dimensions of spatiality and intimacy. During the event, attendees could gather at virtual tables to discuss the films they had just seen. Later, when the platform switched to Q&A mode, these attendees could be called "on stage" to pose questions they had entered into the chats. Technological features and their uses continue to evolve.

This is not to say virtual encounters are superior to, or can ever replace, meetings in person. Indie Meme’s Q&As suffered from disconnections, lag, and audiovisual issues that required clever workarounds and the patience of everyone in attendance. However, when the technology is made to work by those who leverage it, possibilities emerge for not just sustaining communities, but bridging them in new ways. It is essential that we seriously consider the affordances (Evans et al., 2017) of accessibility and interactivity that have arisen through the adoption of video conferencing technologies. Who will continue to use these technologies and when will they be used? Will they expand access to traditionally elite, cosmopolitan experiences? These are important questions as we potentially transition into a post-pandemic era. 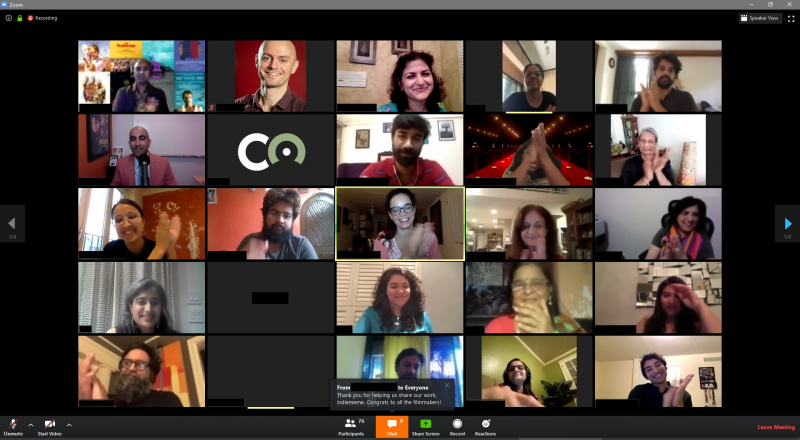 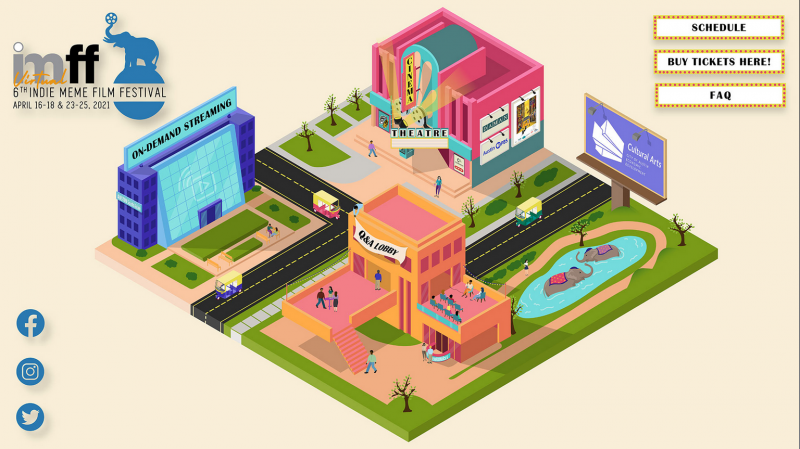 For more on Indie Meme, visit the festival's website or check out this Austin Chronicle article.