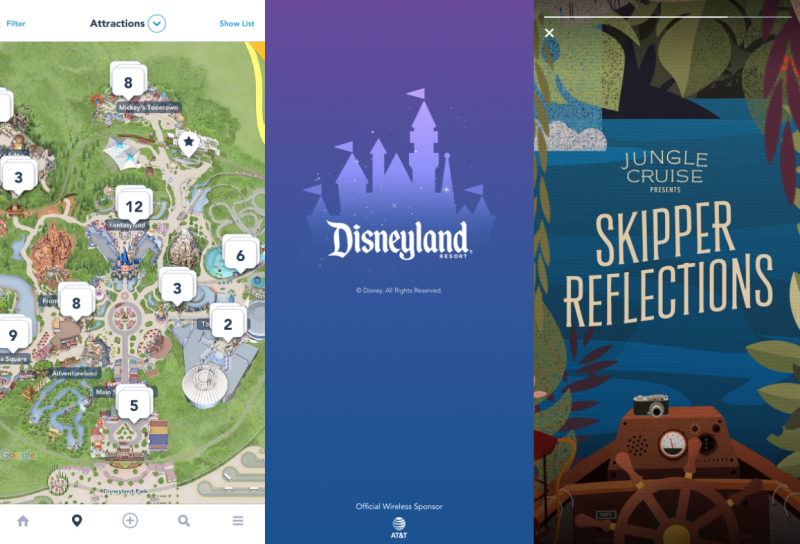 To experience the popular Rise of the Resistance attraction at Disneyland in California, you must use the mobile app to enter a “virtual” queue. The virtual queue assigns boarding positions, which are then called throughout the day to experience the attraction. There is no standard waiting line for the attraction, it is all managed though the app. In other words, you can’t just show up and get in line like the old days. It is also generally advised that you should try to enter the virtual queue the second it becomes available, as spots are known to fill up in minutes. The Rise of the Resistance virtual queue system exemplifies how the guest experience of Disneyland (and theme parks in general) is being digitized using the official mobile app.

Using the official Disneyland app, you can for a fee; reserve attraction experiences, order food, and download professional pictures. The app has added a digital layer of experience to the park, one that will likely continue to increase under social distancing protocols due to the pandemic. COVID-19 may make traditional attraction queues and crowded indoor spaces untenable for near future once Disneyland re-opens. Currently, the app has also become a digital repository of park memory and experience while the park has been closed due to COVID-19. For example the picture above shows app users can watch stories about the designing of the park, Jungle Cruise skipper jokes, and see how classic Disney animated films inspired the park.

Self-representation at Disneyland is also happening on Instagram - a topic I explore in a forthcoming publication entitled “Mediating the Magic Kingdom: Instagram, Fantasy, and Identity” in the Western Journal of Communication. Instagram users favor the fantasy elements of Disneyland, such as escapism and childhood nostalgia, over other historical elements of the parks, such as exotic adventurism, frontierism, faith in technology, and midcentury U.S. American values. The highlighting of fantasy elements also shows how Instagram is a means of amusement and escape for young people in late capitalism. Disneyland has responded to the experience economy by synergistically integrating new media logics, as seen in the creation of vibrantly colored, limited-run food and merchandise. The intersection between Disneyland and Instagram shows how place is being transformed for the lenses of consumers seeking experiences, food, and merchandise to capture and document online. Identity is being reshaped through corporate brand ambassadorship and fandom culture, and the Digital Disneyland experience is being shaped.

The future of theme parks will be increased integration between mobile apps, social media representation, and perhaps gamified integration with attractions. The principles of themed spaces, which elicit emotion and tell stories though cinematic technologies, are being implemented in places like Instagram museums. Conversely, the relationship between place, memory, and social media might start to look a lot more like the guest experience in Disneyland in the future – themed, consumable, and expensive.