I have always been fascinated by The Joker. Honestly, I do not know why. Perhaps it is as simple as enjoying a good villain (any other reason might be concerning). But judging by the countless stories involving the clown prince of crime, I am not the only one.

The Joker may have been originally created to be the arch nemesis of Batman and the epitome of evil, but since his creation in the 1940s the character has generated a cult following. As is often the case with comic book villains, many comic scholars have highlighted the long tradition of the Joker being portrayed as a racially and sexually ambiguous Other (Bukatman 2003; Smith 2011).  Recently, there has been more complex adaptations of the character, including the Todd Phillips directed film The Joker (2019). Rather than being portrayed as a tormentor of a safe society, the film depicts the Joker as a victim of unfettered capitalism and a dangerous urban environment. The Joker (2019) has garnered the attention of academics and film critics alike. However, one of the more interesting elements of the film is the emergence of two divergent fan communities that celebrate the character.

For example, Tumblr is filled with pages dedicated to The Joker/Arthur Fleck. Rather than focusing on the brutalism of the film, fan works concentrate on the character’s expression of difference, self-acceptance, and his performative transformation. Although the film arguably glorifies gun violence and perpetuates ableist anxieties of mental illness, many fans seem to celebrate the film as a dismodernist text (Alaniz 2014). 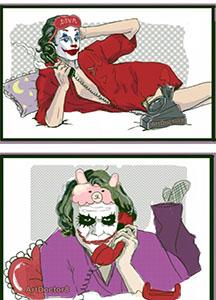 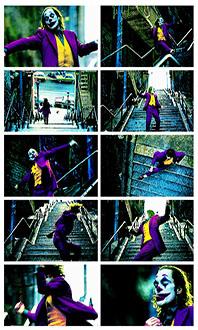 Conversely, there are plenty of examples of fans using The Joker’s image (particularly on sites such as Reddit and 4Chan) to spread hate and toxic attitudes towards women, fantasies of vigilante violence, and misinformation and conspiracy theories. In fact, The Joker (2019) checks all the right boxes for an incel inspiration story and could be interpreted as an expression of white male victimhood resonating with toxic masculine internet culture (Phillips 2015). 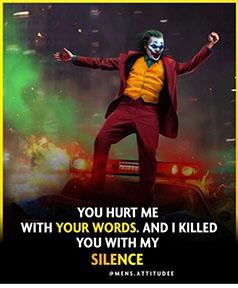 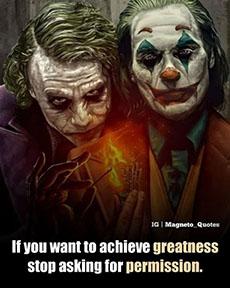 Future research should explore this phenomenon; perhaps through a comparative analysis of these two seemingly divergent fan communities using an interdisciplinary methodology drawing on the work in fan studies, digital media studies, and comics studies. Fans have always been active participants in the construction and circulation of textual meaning (Jenkins 1992).  However, I would contend that there is something unique about The Joker (2019) which allows the character to rest on a fault line of conflicting interpretations. The answer must lie somewhere in the relationship between the ambiguity of the character and our current transmedia landscape which encourages dramatically different interpretations of seemingly uncomplicated texts.

Bukatman, S., 2003. The Boys in The Hoods: A song of the urban superhero, in: Matters of Gravity: Special Effects and Superman in the 20th Century.

Phillips, W., 2015. This is why we can't have nice things: Mapping the relationship between online trolling and mainstream culture. Mit Press.