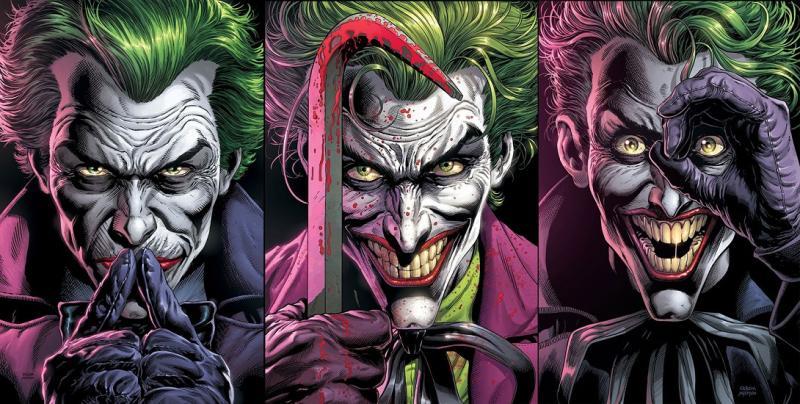 Each of the major characterizations of the Joker – the three canonically identified Jokers (Johns, et al) and an emergent iteration – have been socially enabled by system-level adaptations in American cultural consciousness, which philosopher Eric M. Kramer calls “pan-evolution.” The “three Jokers” may be considered products of pan-evolution, which suggests historically-situated themes from across eighty years of comics history. Philosopher Jean Gebser posited three unique modes of cultural consciousness – magic (“mighty”), mythic, and perspectival/Modern. One may use the frames of Gebser and Kramer’s consciousness structures to apprehend ways that each Joker represents a pan-evolutionary step.

Joker 1: The Criminal. This character embodies the qualities associated with the earliest Batman comics in the 1930s. Serious and calculating, he corresponds to the highly emotional and communally focused magic consciousness structure. The villain’s menace comes from his (physical) threat to community and property.

Joker 2: The Clown. Campy and whimsical (albeit intimidating!), this Joker corresponds with the symbolic communication of mythic consciousness and his threat proceeds from challenges to established tradition. He manifests Silver Age comics and the ABC television portrayal.

Joker 3: The Comedian. This Joker iteration is chaotic, sadistic, and claims a “super-sanity” transcending morality. He represents the cynicism of postmodern perspectivity and exemplifies the grittiness of Modern-Age comics as well as recent film and television adaptations.

The 4th Joker. Gebser and Kramer have each suggested a 4th, “integral,” consciousness structure in which society oscillates between magic, mythic, and perspectival modes, sometimes to the point of disorientation. I argue that there is a new characterization of the Joker in development, encapsulated by texts such as Internet memes and the Phillips movie, which responds to the nihilism and sardonicism of deficient integrality.

These Jokers each persist in popular consciousness and their qualities are curated by the interpretations of authors and audiences to suit their communicative goals.