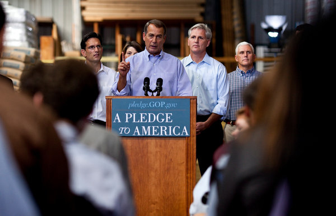 For all the ballyhoo about the Tea Party and its potential impact on the future direction of America, the reality is that its influence will almost certainly be minimal.  And the irony is that this became reality almost the very minute that the Republicans jumped on the bandwagon.

Even though Tea Party leaders are seeking to flex their muscles now that the election is over, they will be mostly shut out of the Republican leadership and will struggle to enact their legislative agenda.  Incoming Speaker of the House John Boehner embraced the Tea Party during this past election cycle, but his platform for legislative change, “A Pledge to America,” is essentially a rehash of the Contract with America that Newt Gingrich proposed in 1994.  Boehner is neither proposing nor endorsing new ideas (though he has given them a – slightly – different title page). One third of Tea Party candidates won election, which would mark a highly significant movement of a third party. However, although the Tea Party originated as a grassroots movement spurred on by disenchanted citizens meeting at the local Starbucks or Applebees, the Republican Party craftily coopted its energy as a symbol of dissatisfaction with the legislative agenda of the Democratic-led Congress and White House.  Photographs of the House leadership focus on Boehner, Eric Cantor, and Kevin McCarthy, all of whom were happy to capitalize on Tea Party rhetoric during the election but none of whom are actually closely aligned with the movement itself.

Tea Party candidates, for the most part, ran on Republican Party lines and the reality is that most Tea Partiers who won election will be new to Congress and will not have plum committee assignments.  Michelle Bachmann, a leading voice of the Tea Party at rallies and especially on cable television, has fundraising clout and is seeking a leadership role among House Republicans, but she is given very little chance to actually win that role. And while Dick Armey and Sarah Palin may try to wield power through the medium of cable television, neither of them any longer holds political office and there isn’t another election for them to influence for another two years.

Consider how difficult it has been for President Obama to enact the legislative goals he articulated in his campaign for President – and he was trying to do so while the Democrats controlled all of Congress.  There is always a wide gap between campaign rhetoric and legislative action. The Tea Party may have evolved into a powerhouse in this campaign because Republican leaders adopted its rhetoric as a means of attacking Democratic leadership.  But that very embrace is what threatens to delimit the Tea Party’s impact. Unless they learn how to be effective legislators who can win over their colleagues through persuasion and compromise and not through expressions of anger, Tea Partiers risk marginalization at the hands of the Republican Party itself.

Steve, I hope you're right. First signs don't look good with Obama immediately taking climate change off the table, declaring he's ready to compromise and then the GOP come out with a mission to destroy him...

I agree that Obama seems to be a little too ready to compromise/cave on some issues post-election--this morning's headline on the HufPo claims he will give in on the Bush tax cuts to save Health Care. This doesn't seem like a wise strategy since it will only further empower the right.  I am hopeful, however, that the tea party will continue to cause a rift in the GOP. Look at what is happening in Alaska. Neither one of them looks good...

Hands up all those who think that the Rethugs will take the tax cuts and then try and defund health care anyway?

At this juncture, the Republican Party is at odds with itself.  I would anticipate this continuing for another year.  It is always much more difficult to find consensus in governing than it is in resistance.

The Tea Party is both a viable entity and a useless one.  It has no legislative power, of course, but it holds the potential sway of voters, so therefore legislators will always be tempted to answer to the beck and call of the legion that makes itself heard.

Having said that, the Republican Party at this point is struggling to "keep everyone in line" in terms of voting and in terms of ideological message.  The fracturing of the message only delimits the Tea Party's power further.  There is no unified Republican Party - the Big Tent, when it comes to opposition, has always been something of a mess.  They rally around their leaders - witness GWB - but they're a mess when opposition.  They're almost the exact mirror image of the Democrats.

Bachmann did not win a leadership position and her response to the State of the Union was both bad and poorly received, as well as marginalized by the Party.  The Tea Party is still a work in progress, but the notion that it is a force in politics negates the chaos and variances within the very idea of what the Tea Party is and what it stands for.