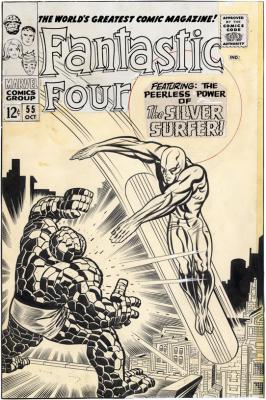 Figure 1: "The Peerless Power of the Silver Surfer": a pre-press original for the cover of Fantastic Four #55 (October 1966) before colouring. Pencils by Jack Kirby; inks by Joe Sinnott; letterer unknown. 13.4 x 20.3 in. (34.1 x 51.5 cm). What If Kirby Gallery, presented  in conjunction with the Jack Kirby Museum and Research Center's Original Art Digital Archive Project. All characters and comic art presented are ©, ® or ™ of their respective owners. No challenge to any owner's rights is intended or should be inferred.

The image above is a digital surrogate from a pre-press original for the cover of Fantastic Four 55 (Marvel Comics, October 1966), with pencil artwork by Jack Kirby and inked by Joe Sinnott. The letterer is unknown. Please note how the handmade cut-and-paste layout design work was applied on top of the original penciled and inked artwork. This document reveals the layers of manual craftmanship involved in the creative and reproduction process; paper, ink, glue, and xerox copying traceable as the textual markers that would be flattened out in the process of mechanical reproduction to result in the final form of colour printing.

The image is a survivor of an industrial creative and production process that assumed the pre-press original's functional nature, a mere means to an end: the printed publication. It is a fact that a look back at the past of comic books is always clouded in the smoke of furnaces (Hajdu 2009). Gravett and Stanbury (2006) have lamented the way the history of comics has been determined by the history of their destruction:

Sniff the air once again […] and you’ll detect another whiff strongly associated with British comics: the telltale smell of burning paper and artboard turning to ashes. Seen merely as another stage in the production process by many publishers, pages of original artwork would be used by them to prop up a wobbly table, mop up a spillage or be casually disposed of to save time and expense. One employee can still chuckle to himself at the memory of his consigning most of the artwork from [a] weekly comic into a flaming brazier." (Gravett and Stanbury 6)

The comics scholar therefore faces the hurdles imposed by a lack of systematised, browsable archives, which in many cases means the inability to work directly with the source material. Many comics publications have completely disappeared, making thorough critical engagements with the comics form more difficult. The scarcity of historical primary sources can be also explained by the very history of the comics form, its material conditions of production and its particular place within print culture.

The "original" in mainstream superhero comics of this era was always a collective and collaborative effort, and the artwork's whole purpose was to be reproduced as a monthly or bi-weekly stapled publication printed in colour. The production process of American mainstream comic books implied an industrialised process that constrained artistic expression within strict guidelines and the quick delivery of the work to the reader, as a result of censorship and market demands. The high costs of production became another obstacle, due to the number of active participants in the process whose wages had to be paid from the books' sales. In comparison, the "underground" model of production would offer a simpler process, reinstating the authorial role of the artist and writer that had been lost in the transition from the age of the newspaper comic strip at the end of the 19th century to the dawn of the comic book in the late 1930s.

The underground comics revolution of the late 1960s and early 1970s, like the subsequent fanzine explosion of the 1980s and mini-comics movement of the 1990s, involved the author directly in the design, reproduction (photocopying), binding, distributing and selling of his/her creation. As was the case for the medieval scribe, the underground comic artist made use of a scriptorium that was not only limited to the actual drawing and writing of the graphic story, but also to the physical production of the publication itself.

The late 1960s allowed underground comics to move into the realm of self-publishing thanks to the technological evolutions in photomechanical reproduction. Developments in photocopying technology allowed artists to produce originals in larger or smaller sizes that would later be amplified or reduced in the Xerox machine. Pre-press mechanical originals of the covers and title pages were composed in a combination of manual and xeroxed processes, and often the panel illustrations integrated handmade drawings with photocopying, photomontage and collage techniques, as practiced for example by Jack Kirby (1917- 1994) in the United States and Alberto Breccia in Argentina (1919-1993), which would influence a younger generation of artists such as Bill Sienkiewicz (1958-) and Dave McKean (1963-).

Until that moment, comic books had always been printed in the cheapest way possible, and large runs on high-speed offset presses were typically beyond the access of most artists and independent publishers. But access to mimeograph machines and electrostatic photocopying was simple and affordable, and soon technological limitations became expressive possibilities. The purple-blue duplicator ink of the mimeograph or the high-contrast, ashy toner ink of the Xerox machine are not just incidental details, but stylistic, aesthetic devices that defined, amongst other things, a political position and an artistic, literary genre. Even when "comix" employed professional printing, the small budgets behind them often limited them to black and white inside pages, but instead of a limitation this also became an intentional aesthetic feature.

The technologies available to comic book creators, always embedded in a network of relations organised by the demands of a market that included other products of print culture (newspapers, magazines, cereal boxes, posters, record sleeves), defined the form (story) and format (type of publication) of the comics they created. Any change in format, technology or culture invariably transformed the comics text. Superhero comics and "comix" had in common an awareness of thie inherently technological (mechanical) nature of reproduction in connection to the unseen manual processes involved in the creation of pre-press original pages.

Walter Benjamin wrote of "the decay of the aura" of the original artwork when it was mechanically reproduced. This is amplified and at the same time deconstructed in comic book culture. For Benjamin the "aura" or the original work of art existing only in one unique period of time and place only emanated from works that had not been devalued through mechanical reproduction, the original was always-already the finished product, the final article. Paradoxically, reproduction re-canonised the aura of the original: the more an original was reproduced and distributed, the more one wanted to see the one. But the "original" artwork in comics was not seen as an end in itself but as another necessary step before it achieved its ultimate end: mechanical reproduction, printing. Therefore the comic art original was always-already devoid of aura, even to its creators, who often did not seen them as items of value.

If archives and collections of printed periodical comic books are still rare and largely destined to be incomplete due to the sheer amount of published material, systematic collections of pre-press originals are even harder to find; the pre-press original is a middle-state document by definition, a literal mock-up that remained hidden, deleted, burned out from the finished product and the readerly experience. In days in which the digital composition of comic art pages is widespread and taken for granted, pre-press originals like Jack Kirby's survive as incredibly valuable historical and aesthetic "documents of barbarism". They are revealing long-gone pieces of the jigsaw puzzle of comic book collective creativity and artistry, the embodiment of the text as a tangible surface where history is inscribed and embossed as layers of pencil, ink, Tipp-Ex (Wite-Out), paper and glue. 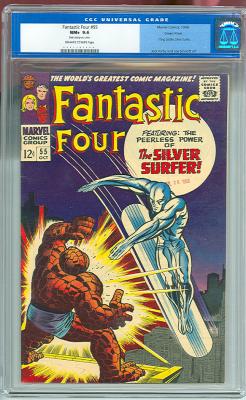 Figure 2: Scan by The Green River Collection, Green River Pedigree Visual Database. All characters and comic art presented are ©, ® or ™ of their respective owners. No challenge to any owner's rights is intended or should be inferred.