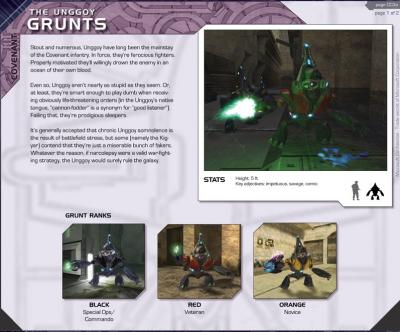 As someone on the other end of the spectrum from most in this collection, I tend towards research and (textual) scholarship first and creative work second (although this gap is quickly and necessarily closing due to the welcome confluence of design and theory). Consequently, my interest in middle-state forms is rooted in what they can reveal about a given project—the ideologies, assumptions and strategies that give way to realized meanings. In transmedia practices, where multiple platforms are used to create a coherent, diversely realized fictional world, we might expect that for each medium—be it a film, a print novel or a video game—there would exist a corresponding document or artifact (a film script, an unedited manuscript, an alpha prototype) that could be used to trace the process of a site’s ‘becoming’ transmedia. This is, at least partially, true. But many transmedia projects don’t simply exist as multiple middle-state documents edited into a singular form, but rather as a single document—what is commonly known as a ‘transmedia production bible’ or a ‘transmedia story bible’—that is then exploded into multiplicity. Linked by name to a much older practice but pragmatically taking their cue from more traditional story bibles found in TV and film, these artifacts are often massive in size, possessing hundreds if not thousands of pages detailing a litany of aspects of a project, from the media being utilized (often ranging from TV shows to video games to graphic novels to film to websites), the audiences targeted, the ‘calls to action’ (i.e. the ways of engaging the audience with a particular platform) and the planned methods of linking together the sites of the project.

Perhaps most importantly, though, transmedia bibles also contain an unusually enormous compendium of story components. Here, we can discover what Jeff Gomez calls the ‘chemistry’ of the project (Dena 2009: 142), the often meticulously composed lists of fictional locations, events, characters, objects, physics, geographies, politics, and other elements.  Story elements that are realized in a platform as a narrative ‘now’ are coupled with rigorous histories, fantastic mythologies and even potential futures. Interestingly, though, in a process that reflects Derek Johnson’s concept of overdesign (the conscious and purposeful placement of elements in a fictional narrative that are shown but never explained; as cited in Jenkins 2009), these potential timelines are not only often never fully explained, but also never seen outside of the bibles themselves. This is, in many ways, the dark archive of transmedia practice, the database that provides a language or code that the fiction draws from and is structured by, allowing for consistently frameworked collaborative design and authorship within the project. (Here, we might also note that more traditional ideas about drafts and pre-publication also figure into play in transmedia practice, as working in multiple platforms produces multiple modes of processural development as well: sketches from a graphic novel, iterative CGI character models, notated code from an early incarnation of a website, etc. Additionally, we might consider the world-building of those like L. Frank Baum or J.R. Tolkien as precursors to the fictional-historical rigor of transmedia bibles, where footnotes and appendices attempt to fill in and also introduce new gaps into the narrative.)

As hinted at above, though, these ‘unseen’ elements aren’t the same as plots that an author might abandon during the process of drafting a novel, shots of a film that wind up as deleted scenes on a DVD, or levels that were never produced in a video game due to budgetary or hardware constraints. Instead, what exists of story in a transmedia bible always exists in potentiality, structured so as to encourage and provide the foundations for future iterations within the fictional universe of the project.  Even as a middle-state artifact, then, the transmedia bible exists in perpetuity, not as a transitional state. Hank Kanalz, president of Wild Storm comics, a company specializing in graphic novel extensions of fictional properties, makes a similar observation when talking about the production of the universe of the video game Prototype, which exists with various transmedia engagements:

…they are creating something from nothing, they are creating a world that is very deep…but the amount of work they’ve put into developing the back story for that game, just—you know—volumes and volumes of information about that world prior to when you get to play the game. And all of that is important for the game, except that you’re not going to get to see a lot of it….

Similarly, Walter Simonson, writer of the popular World of Warcraft comic books, remarks that the amount of information present outside of the elements actualized in existing sites—information found in books, websites and documents internal to Blizzard— is ‘an enormous thing to keep track of’ (Simonson 2009). This is so much the case that the curation of these elements is now a job akin to a historian’s in scope. Companies such as Lucasarts, who own the Star Wars franchise, and Blizzard, who produce the popular World of Warcraft games, each employ dedicated personnel whose sole job it is to manage the multiple middle-states of the properties, to ensure that narrative continuity is a direct result of a coherent and consistently realized set of entities. Yet this job is often as much about obscuring the full scope of a particular intellectual property as it is to reveal it. In an August 2010 interview with Bloomberg Business Week, for instance, Microsoft game developer Frank O’Connor reveals that his role with the company is actually closer to a security guard than game maker, watching over the four existing, >10lb. Halo universe story bibles (an excerpt of these, seen above, was polished and published in the Halo Encyclopedia [2009]), each kept under lock-and-key when not in use. Even here, though, such a use is ever only partial, as O’Connor notes that producers working the Halo universe only ever see the sections of the bible that are relevant to the storylines they are working on.

Even so, Simonson argues that a variety of underdefined elements eventually do feed into the development of most transmedia fictions, where unpublished artifacts such as characters with a ‘name and a look’ but no real background or history became fleshed out, major figures in the comics simply because ‘they were there and they were [partially] available’ (ibid). ‘So we didn’t design the characters and give them names’, Simonson continues, ‘but we take a certain proprietary air in their very existence' (ibid).

While we might play devil’s advocate and say that documents like television story bibles also engage in the same sorts of scaffolded creation (Ronald Moore’s Battlestar Galactica television series bible, for instance, contains both a developed fictional mythology as well as the articulation of the show’s cinema vérité visual aesthetic), transmedia bibles also represent modes and methodologies of envisioning and mapping media association. What we have in transmedia bibles, then, isn’t just multiple levels of middle-state production, but also multiple levels of designing how story might be used as a connective platform in its own right, linking together disparate analog and digital sites as a continuous, coherent whole, thereby creating pathways through colossal fictional universes. In this context, transmedia bibles are more than just documents guiding the continual (re)formation of a certain fiction, but they are also processural theories of media connectivity, blueprints that represent a snapshot of how we view media relations at a certain point and time.

Let me make myself clear: this isn’t a naive plea for transmedia producer’s to ‘open source’ their production bibles. In many cases, the content of these documents is often treated as proprietary information much the same as, say, the source code to a new Microsoft operating system might be safeguarded. But this is a small call-for-attention to the other side of media convergence. If our habits and relationships with media are becoming more oriented within transmedia ontologies, then it’s entirely possible that sites themselves—those released and consumed by audiences—will be all we ever have to study. Or, as is the case with the image above from the Halo Encyclopedia, we might more cynically predict that the miniscule story trickles from the larger streams of the fictional universe will be rationed and doled out to audiences slowly over time, gaining a sort of narrative (and literal) capital as they do so (indeed, even a mere split-second sighting of an actual Halo bible—such as when Halo novelist Joseph Staten was seen clutching a binder during an interview—has increased the artifact’s mystique).  This isn’t to say that transmedia research itself is doomed, but that our access to the practice of process in transmedia projects is already limited to a large degree, removed from the textual articulations of its design*. In other words, we can still enjoy and consume these projects, gaining meanings not possible in any mono-media modes, but we do so all the while knowing that just beneath that paragraph in a novel, just beyond the mountains in a video game’s magical world, just a click or two further past the hyperlink of some fictional website, lies a massive unseen, unheard, untouched universe, a universe whose presence alters the gravitational foundations of an increasingly massive slice of contemporary expressions.

*It should be noted, however, that in my experience the vast majority of those working in transmedia production are some of the most open and generous people I know of when it comes to talking about their craft. The trouble with such conversations, though, is how often they contain the same, repeated phrase: ‘Well, I can’t really talk about that project specifically…’.

Gary Hayes’s How to Write a Transmedia Production Bible: A Template for Multi-platform Producers (produced in conjunction with Screen Australia): http://www.screenaustralia.gov.au/documents/SA_publications/Transmedia-prod-bible-template.pdf